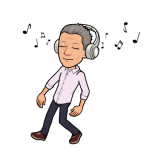 Tim Siegrist has been creating theater of the mind his entire professional life. Sound Design, Audio Engineering, Voice Acting and Story Telling have always been his passion. It began in high school, he had to walk miles uphill and into the wind in all kinds of weather to get there, giving him plenty of time to toss and turn creative nuggets in his mind along the way. Tim helped build and operate his Everett High School radio station.

He continued following his passion developing a successful career and as a Studio Engineer, Voice Over Artist, Creative Writer and air Talent, eventually landing in Detroit.

“Tim at Night” was one of the original Air Personalities on WCSX, spending nine years on the Air at “Detroit’s Classic Rock Station.”

He later became the Creative Services Director for WCSX, WRIF and WMGC. Chances are you’ve heard his work if you’ve spent any time at all listening to Detroit Radio or watching local TV.

“I love to develop a creative concept, nurture it, mold it, give it life in the studio. Audio is such a fun, creative medium. You can tell a story, help people see it in their minds, plant a seed then give them a reason to want to act on that want or need. You have the freedom create just about anything you want with sound effects, music and emotion without having to actually physically produce it.”

Tim lives in the Farmington Hills area with his wife Kelley (who just wishes he’d stop speaking in different accents and cartoon voices long enough to get some laundry done.) Like that’s going to happen!