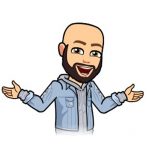 Emory brings his cinematography experience and creativity to all of fortysix/5’s video projects.  Whether it’s for a :30 television commercial or a long-form story-telling video, Emory’s ability to capture the right moments in just the right way ensures our clients’ messages are presented in a professional, polished manner.

Emory is a film industry professional with over 13 years of experience on – and off – the field.  Emory has won 2 Emmy Awards and has filmed for NBC, MTV, CBS, BBC, PBS, SPEED, Travel Channel, Discovery Channel and a number of other networks.  Emory was also a freelance camera operator for the hit shows “The Biggest Loser” and “The Maury Povich” show.

Emory’s passion is in the film industry, where he directs, produces, and films documentaries and independent movies!  He’s worked on Transformers, Dark Knight, Semi Pro, Grand Torino, and many other Michigan films along the way. Emory’s work has taken him around the globe shooting, editing and color correcting for a variety of projects. He’s also been an educator in the film industry, teaching many students the ins and outs of cinematography.  Emory spends what little free-time he has with his wife and four (yes, four!) sons.